Selena Gomez Is the New Face of Coach

A singer, actress, style icon, and the most-followed person on Instagram (hello, 104 million), Selena Gomez is the celebrity face a million brands would kill for. Coach just won her over with a new partnership starting fall 2017. Today, Coach confirmed her new role and cleared up a rumor: She will not be creating a whole collection (as initially reported by Page Six), but rather will act as a brand ambassador. 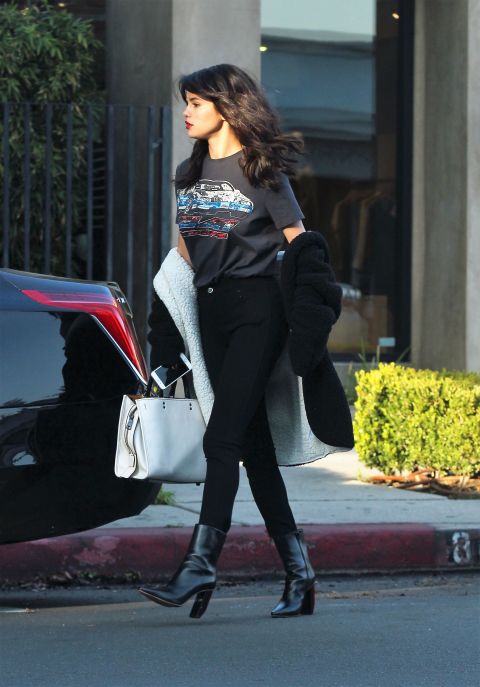 Like current Coach face Chloë Grace Moretz, Selena is set to star in the brand’s ad and social media campaigns as well as team up with the Coach Foundation’s Step Up, an organization dedicated to helping girls in underserved communities. While a full line is not in the works, she will be co-designing a piece for next fall with Stuart Vevers, Coach’s creative director.

“I am so excited to work with Coach and love the clothes and accessories designed by Stuart Vevers,” Selena said in a statement. “I am especially looking forward to getting to know the Coach team as well as becoming involved in the foundation’s support of Step Up.”

“The woman I design for is authentic, honest and possesses a romantic charm mixed with a cool, confident attitude,” Vevers added. “Selena embodies all of these qualities perfectly–but the fact that she has always loved Coach, and believed so strongly in our philanthropic mission, made her a true Coach Girl.”

Previously, Selena designed her own K-Mart collection Dream Out Loud, launched in 2009, and collections with Adidas Neo from 2013 to 2015.

Friday night, Selena expressed her excitement about the partnership on Instagram, posting, “Being able to create is my favorite thing in the whole world. I’m so excited to be a part of the vision and family @coach AND I get the honor to design with @stuartvevers -ahhhhhh.”

Being able to create is my favorite thing in the whole world. I'm so excited to be a part of the vision and family @coach AND I get the honor to design with @stuartvevers -ahhhhhh

From Katrina Kaif’s wedding-ready lehenga to Kareena Kapoor Khan’s glamorous black gown, catch up on all the looks you may ...

Radisson Blu in Hinjawadi, Pune is only six month old property and still epitomes the hospitality sector in this city. ...

1BHK – Bar Haute Kitchen, as the name says is not just a bar. It completely adheres to the standard ...

The Right Shoes To Wear With Shorts

They say you can tell everything about a man by his shoes. If that’s true, summertime is when you really ...

Manish Malhotra is a stage at his career where he is only competing against himself. Last evening, the designer closed ...